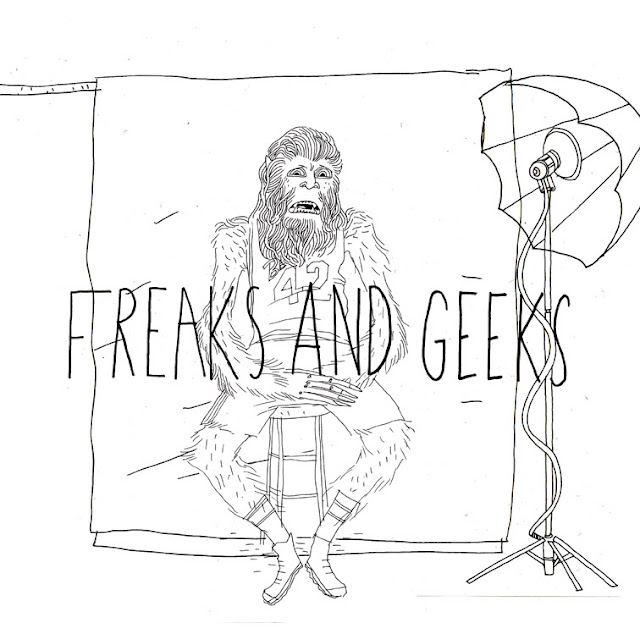 This is a really quick sketch for a Little White Lies facebook competition, One hour to draw something inspired by the film Teen Wolf, sadly i spotted the contest 30mins in, and my piece was 9 mins to late to be considered, guess theres always next time! heres the rest of the pieces on the facebook page
Posted by mr steve mccarthy at 8/29/2012 03:43:00 PM No comments:

Pizza Hut Delivery got in touch because they wanted me to illustrate the history of pizza delivery for their new menu, it demanded a quick turn around, but i'm quite happy with the results.
Posted by mr steve mccarthy at 8/29/2012 03:34:00 PM No comments: 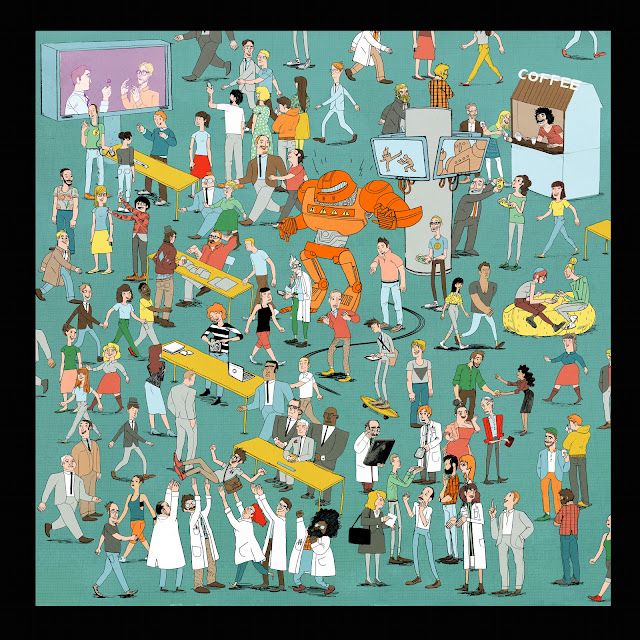 I was asked by creative agency ATOMIC, to illustrate a crowd scene for the Career Zoo event at Dublin convention center. the deadline was quite short, and i had never done a crowd scene this dense before, so it was quite tricky. there is roughly 100 characters and it was delivered in just under two weeks. what's funny is you don't really understand what an illustration needs till you've completed it, so sometimes it's difficult to predict what will be a challenge or not. with this done i reckon i could do it again much faster, but i'll just put that down to experience. the plan was to cut the letters of CAREER ZOO into the illustration, like a little window into the convention. i haven't seen the finished execution around the city yet, but they should be out there somewhere. if you spot it, maybe send me a photo :D https://twitter.com/mrstevemccarthy
Posted by mr steve mccarthy at 8/29/2012 03:28:00 PM No comments:

yes yes, after a millions and millions of minutes, i finally took the monkey by the handle and laminated that falcon, as it were! here it is in all it's wobbly glory, the home of all things me. its still very much a work in progress, there's and empty shop and still a wealth of nonsense to post. i will still be using this blog, but in a more loungey sunday morning casual cornflakes  flavour. posting about music, and funny links and anything else i think worth riding the coat tales of. as always i'm poor and desperate for attention, so feel to reach me at - stephenmcc ( at ) gmail.com - for literally anything at all. 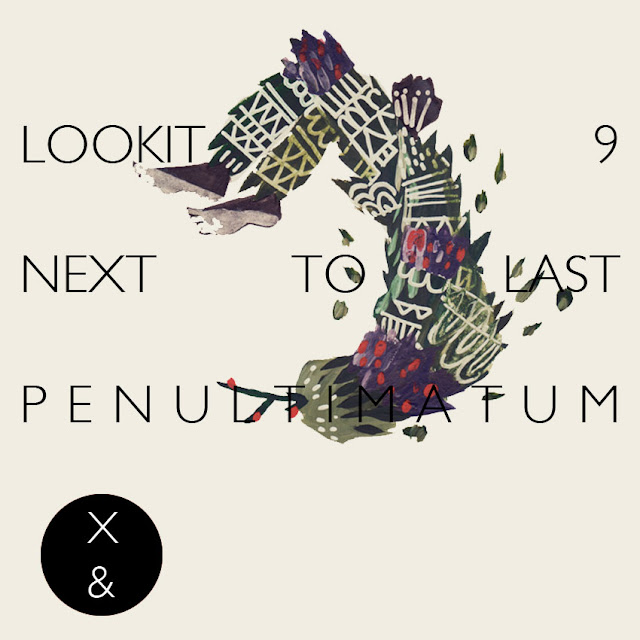 STOP THE PRESSES! this will be the last youtube playlist that i share publicly, this is the 9th in the series, and i thought i'd round it off at 10, but to be honest, the ads are so fucking irritating i thought i might as well cut it off early. i chose to make playlists on youtube for a number of reasons and i'm really pissed i can't continue. the music on youtube was there, free and in my opinion legal. music could be streamed, shared and spread as if it was word of mouth, the artist was not paid, but there material in most cases wasn't being downloaded or or resold. there were plenty of flaws, bad quality, you couldn't bring it with you, but for the most part i thought it was really fair. i'm not a DJ, i love playing music, digging for new and old stuff i've never heard of, but i can't mix, i can't play to a crowd of strangers with any degree of control, i'm just enthusiastic about music, but regardless of whether i do that one day (i wish!), i still wanted to take part, because music pretty much drives everything i do. with something as silly and throw away as web based playlists anybody could make one, share them and spread great music and be a part of it, just the same way you would with tapes, taping off the radio. thats what youtube was to me, taping off the radio. with podcasts and mixes i felt there was plenty of great stuff out there, and i didn't see where i could add anything interesting. i will definitely re-visit this, and i will find someway to crowbar music into everything i do. PLAYLIST
Posted by mr steve mccarthy at 4/13/2012 01:53:00 PM No comments: